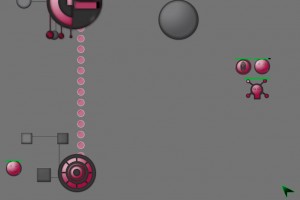 Sector nodes increase your influence on the system. The more sectors you control, the faster do your factories produce units. A sector may also grant you access to an additional factory. Sector nodes cannot be destroyed. You conquer a sector node by placing a unit close to it, or by ordering it to attack the sector node. Return to top. 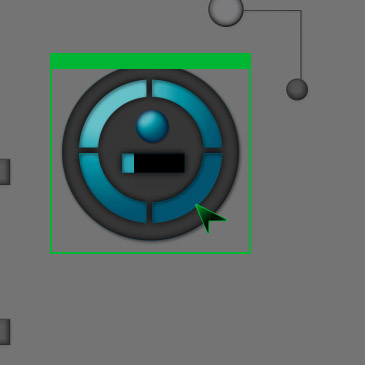 Factories produce a steady stream of units. Changing the type of unit that a factory produces does reset its build progress. The build progress is not reset when a factory is captured by another player. 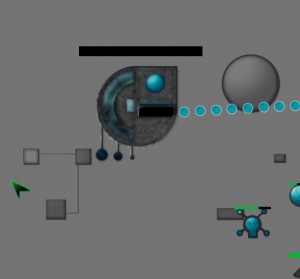 While factories cannot be destroyed, they will stop producing units if they take too much damage. A factory gets re-activated when it is repaired to 50% of its full health. Units will not attack a factory unless they are ordered to. You may de-activate your own factories if you fear that you will lose them to another player. Return to top.

Roughly speaking, there are two types of units. Small units move fast, can break through firewalls, and do not take much time to produce. Heavy units do a lot more damage, are much harder to destroy, and can be repaired. 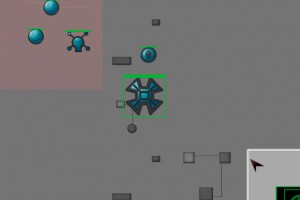 Some areas are blocked by obstacles or by firewalls. While obstacles block the path for any type of unit, small units may move across firewalls.

The Bug is the cheapest unit. It is produced in pairs, and moves faster than anything else. Return to top.

Backdoors are produced in pairs. They are slightly slower and more expensive than bugs. In turn they are more robust and do more damage. Return to top.

The Trojan is the most expensive and slowest small unit. It has an attack that damages multiple targets at the same time. Return to top.

The Patch repairs heavy units and buildings. It is unarmed but it can still conquer sectors. Return to top.

The Overflow can hit multiple targets with its powerful attack. It moves very slowly. Return to top.

The DoS is the strongest of all units. Its attack only damages a single target at a time. Return to top.